There Are These Things

Yes, there are these things that pleasure me, irritate me, frustrate me – which means I think they need to be shared. It’s always good to share your feelings, right? Besides, I’ve been relatively nice for awhile now.

First of all – sexual harassment, abuse, whatever you want to call it – is horrid and should be condemned in the harshest manner possible. I applaud Judge Rosemarie Aguilina, who was the judge for the sentencing trial of the gymnasts’ sexual abuse case against the doctor. We need more telling it like it is done in a decent manner – and anyone who did the things he did has no right to feeling harassed or “picked upon”. He earned it. However – I hope this bandwagon this country has jumped onto doesn’t go the way so many of them do – to the extreme, where accusations are made when the actions were actually not unreasonable and really quite innocent. Hugs are not bad – as long as the hugs don’t get extreme and involve touching that shouldn’t happen unless we’re in a serious relationship. Telling me I look nice is fine, as long as it’s not accompanied by a leer and you don’t think you’re doing me a favor by saying that. Behavior as described by Trump in the Billy Bush tape is not acceptable – by anyone at any time. Respect – we just need to respect each other and get over the idea that women are possessions or playthings of men.

Speaking out for what you believe – important, I think – but again, it should be done in a respectful manner. There’s that word again – respect. It’s fine that you think Trump is doing a good job and I do not agree – except, of course, I will probably think you are daft, and I may tell you that – respectfully of course. With no name calling, despite what our country’s top role model does. I saw a news report the other night, where a couple of his supporters were crediting him with the current state of the economy, yet all experts will tell you the current state of the economy has been many years being formed and one year in office will not the economy make. I think our economy right now is a bit of an anomaly – considering the state of so many other parts of our society.

Housekeeping, in all of its facets – seems pretty useless to me if done too often. I mean, it just needs repeating over and over, ad infinitum. Now, I’m not talking living in filth – but I have noticed that I wash my windows, and then a bird flies by. You know what that means. Or my dog or cat puts their nose on that window. You know what that means. There are some things we really need to learn to live with. Okay, laundry needs to be done on a regular basis, because wearing the same clothing for too long can be quite offensive. Unless, of course, you never come in contact with other humans. Then I guess it’s up to you. And it’s nice to have clean dishes when it’s time to eat. Or you choose to eat something. It’s okay to eat when you want to, on a schedule of your own devising. Until that new outfit no longer fits, then you might want to think about it a little more – or buy another new outfit in a little larger size. That’s really an each to his own thing, isn’t it?

Then there’s the condition of our planet – the air and water quality. The extremes of the weather. Again, you have the right to believe what you choose to believe, but really – how can it possibly be okay to allow the pouring of destructive waste into our rivers? Each action has a reaction, and there are many that depend on rivers for a source of clean water, not to mention the wildlife that live around the rivers. The poisons that get pumped into our air – look at the air quality in China, in big cities in our country – those are seriously dangerous and will continue to be harmful to generations that follow us. I understand not liking a lot of government interference with regulations, but until man begins to use common sense and think beyond what he can gain for himself, some of the regulations are good for us. Again, that need to think beyond our own greedy desires.

Caring for our local wildlife – I have a squirrel that is getting quite insistent. When I don’t replenish the seed I put down for birds and squirrels and whatever might like it when it passes by, he lets me know. Insistently. He looks in the window of my door – I think to see if he’s being watched before he rushes to the metal trash can that holds the seed. Because he figured out how to remove the lid. The lid is now anchored by bungie cords, but when he figures out he can chew through those and get to the seed again, I will outwit him by putting a heavy rock on it. Demonstrating my superior wit and thought process. Destroying my old back, perhaps, but I will have won the battle!

After all, it’s winning that matters, right? I’m pretty sure someone famous has said that before. Just think about it all. 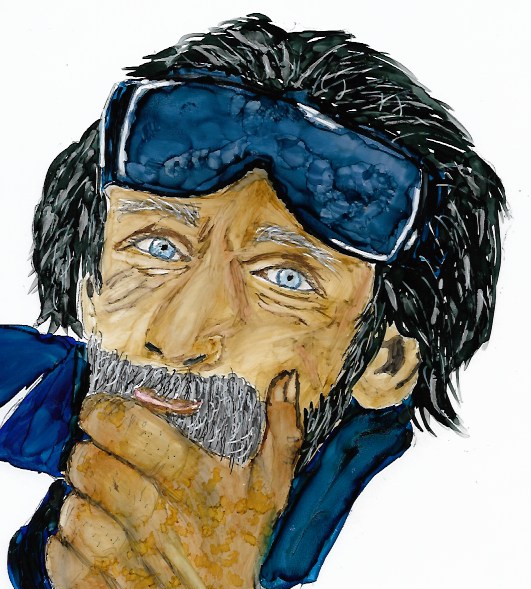 18 Responses to There Are These Things