Originally I was going to post yesterday – with nothing in particular to say, just letting my mind meander as it chose. But I wanted to add some photos and since my Android phone is usually in my pocket, it’s become my go-to camera of late. A professional photographer, I am not. I had it set to upload to Dropbox as a standard thing, but for some reason it seems to lose it’s connection to Wi-Fi and the last several photos I’ve taken did not upload. After spending Friday afternoon and a good part of Saturday morning trying to get them uploaded, I gave up and went to Google for answers. First thing – had to download an app, which downloaded fine, but seemed a bit unwilling to actually perform for me. That obstacle overcome, the pictures were finally available for me on the Mac, but by then I was irritated and frustrated and decided I needed a walk around the yard.So much for posting!

All of which was the nail in the coffin for keeping this phone when I am eligible to upgrade my device in a week or so. This phone does strange things now and then – it certainly can’t be anything I’m doing! – like move icons off my “front page” when I’m not looking, take me to strange places when I haven’t asked, occasionally ask me from my pocket what it was I said because it didn’t understand, when I didn’t said anything to it. Does it have ghosts inside? I got this brand, which I shall not name, because comparisons I read between it and the iPhone put it just a wee bit over the edge in some areas that I thought mattered. However, I have an iPad and a Mac, and they don’t play nice with an Android. So. Next phone will be an iPhone, and photos can go into icloud – and if they don’t, I promise not to say the words I will be thinking – where they can be accessed from all of my gizmos. Hopefully my carrier will have a deal available for me.

In my walks around the yard, I have found signs of life, signs that spring will settle in here once Old Man Winter decides it’s time for him to hibernate – he’s a grumpy old man and does not give up control easily. There is the Oregon Grape Holly planted several years ago that has decided to bloom for the very first time. The blossoms will be followed with little purple berries (hence the “Grape” in the name), and I will share a photo of that when it happens. 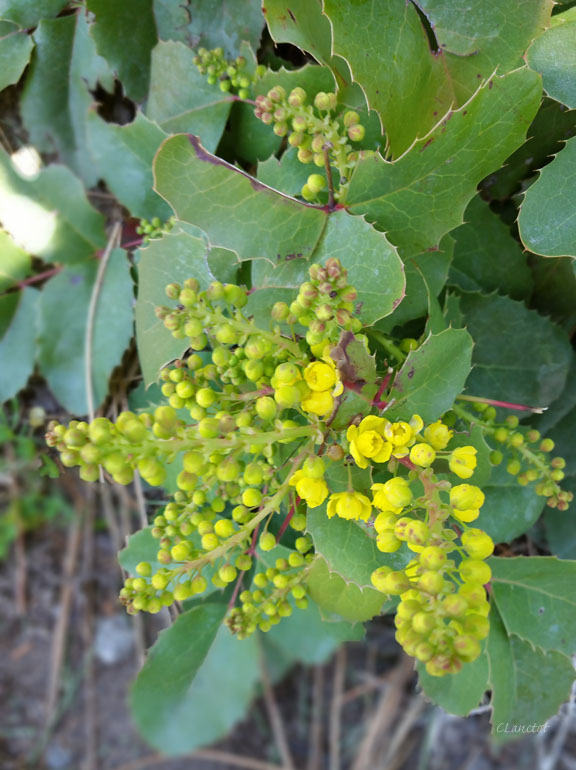 There are the little white daisies (English Daisies, perhaps?) that pop up here and there in the lawn – I think these are hangovers from a seed mixture we once spread that was supposed to be a no-mow grass/low flower mixture and might have been had our native grasses not been so aggressive and intrusive. Anyway, I love these little daisies, and last time I mowed, I mowed around them – I don’t think I’ll get away with that this time. 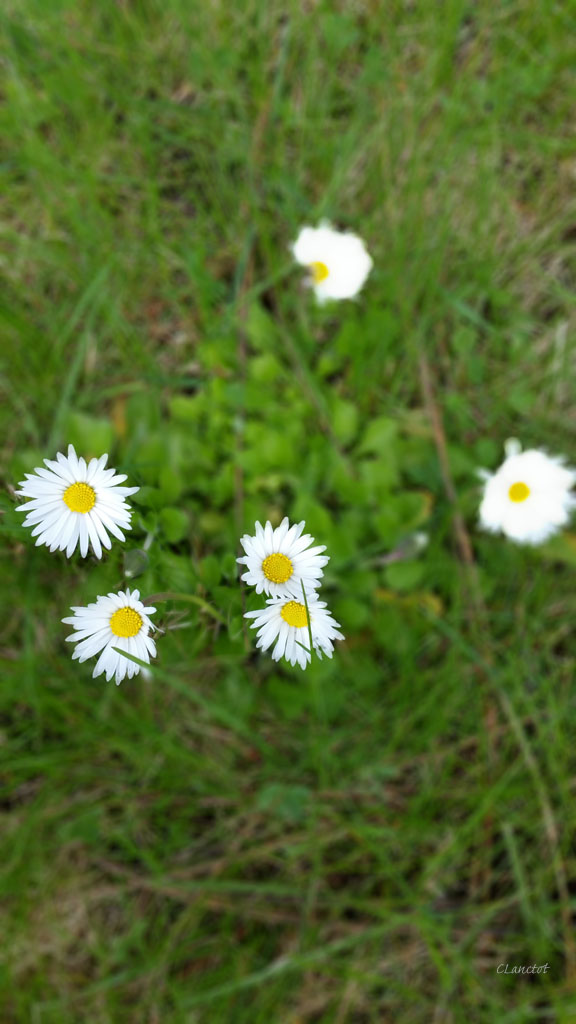 Yesterday I caught a photo of two of our Orioles, and posted it on Facebook, referring to them as a “pair”. Because before the photo they were engaging in an activity I viewed as romantic – after I posted (because you want to take every opportunity possible to appear foolish, so don’t check details before you speak), I looked at the photo more closely, and realized the Oriole only partially in the photo at the top is not a female, but another male. Hmmm. Guess that “romantic” activity was really a disagreement of sorts. Just proving I’m human, people!

There have long been little chipmunks in my yard over the years, but a friend has another kind of critter that I’ve always thought was a larger chipmunk – a Golden Mantle. Googling it, however, it is referred to as a ground squirrel. I suppose chipmunks are also ground squirrels though, so perhaps they are related. In any case, last week one appeared on my front deck for the first time

so to encourage it’s presence, I put out a tin with some treats in it.

The next day I had to go to town, so I picked up some unshelled peanuts for it, which I’ve been putting in the tin – they’ve been disappearing, but I’ve not seen what was taking them, so I opted to believe it was the Golden Mantle. Yesterday, however, I caught sight of the diner. Not the squirrel at all, but one of the Blue Jays. Yet he has taken none of the other seed, which is what made me think it was the squirrel. So much for my good intentions.

Very soon, Tuesday actually, a friend and I will be getting on a jet plane – but we do know when we will be back again. We are going to visit another friend who lived in our neighborhood for a few years and then migrated to Santa Fe, New Mexico. You may recall that I visited her in March of 2015, but my traveling companion this time has not been there yet. So we are off on a week-long adventure, one in which I suspect there will be more that we want to do than we have energy for. We are all excited, although the actual flights are less exciting. To be clear, it’s not the flights that I’m not looking forward to, it’s the process required to get on the flights. The skies are not as friendly as they used to be. My furry girls will be staying home with their dog-sitter. I’m sure I’ll hear about it when I return, despite the fact that they do like their sitter.

If I do not play with Cee tomorrow, I wish you all enough until I get back. There will be no posts other than on Facebook while I am gone, because the process of getting the photos from my phone (which will serve as my camera in an effort to lighten the load in my purse) to the iPad is more than I want to deal with. Correction – I wish you all enough always.

8 Responses to The Mind Wanders