Last Friday I believe it was, we visited the little towns and the area that had once been our stomping grounds, those many years ago. There are parts of that trip that I am saving because those parts have more tales to tell and I want to see what old pictures I can find at home to use for contrast – the old and the new. Or more recent. But this part of the tale I can share.

We drove across the river on the Mid-Hudson Bridge, aka Franklin Delano Roosevelt Bridge (I believe) 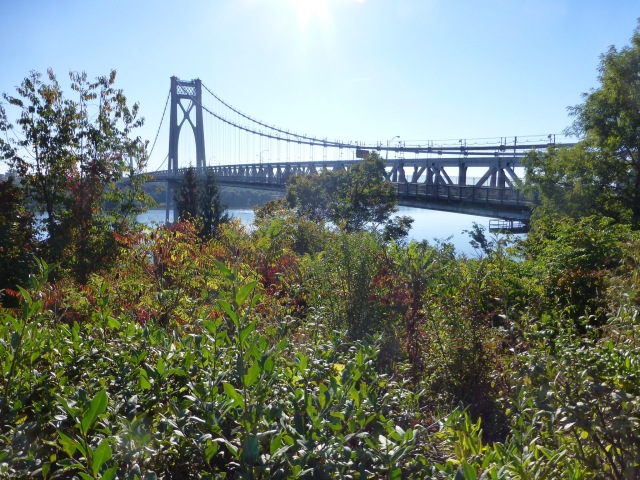 the town across the river 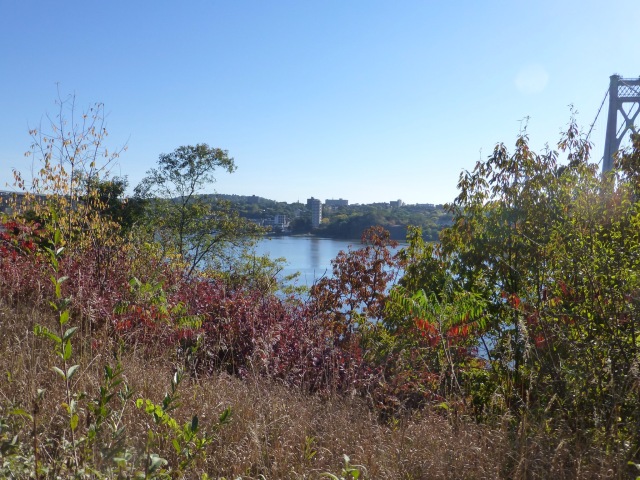 and a sign that told about the walkway, formerly a railroad bridge that had been converted to a bridge on which one could walk across the Hudson River if one so desired. I desired, sort of, but we had places to be and things to see.

Zooming in, we see the walkway

which has an elevator to carry you up to the top.

Heading on up the road

and since I am a sucker for covered bridges and lighthouses, we stop so that I can take a picture. Or two. 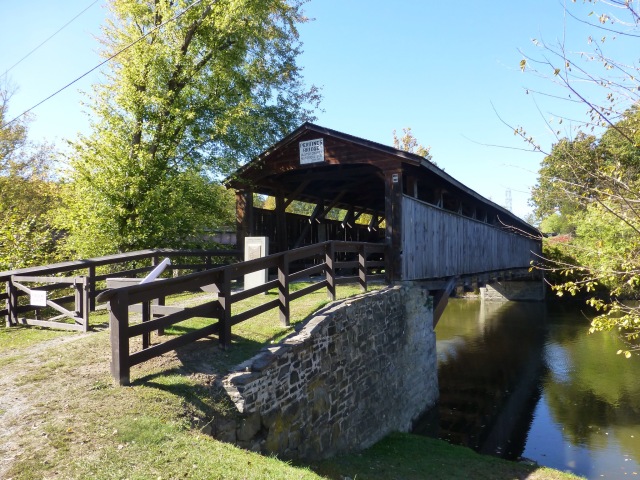 On the road once again, we are growing closer to our destination

and suddenly, we are entering the town of Rosendale, where once upon a time long long ago I lived for a short period of time. The parts of the story that I am not yet sharing took place after we moved from Rosendale to Bloomington; today we see Rosendale

which has changed a good deal but yet is much the same. 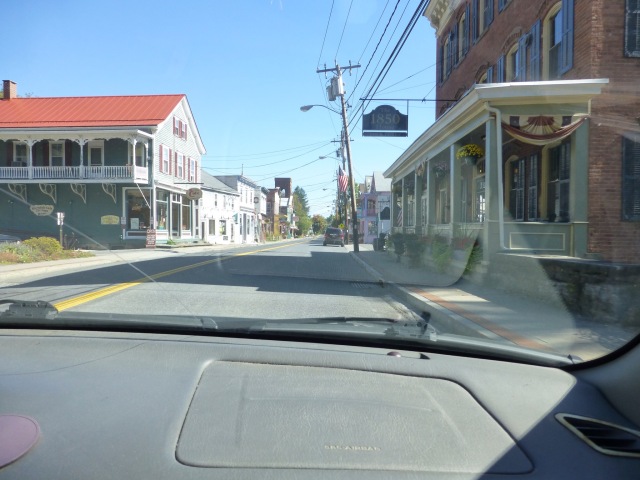 The change has come, The Author says, because of the nearby Metro train line that rapidly and efficiently transports those who wish, or must, go to New York City. We suspect the area has become a respite for city-dwellers, a place to go on weekends to enjoy blue skies, fresh air, and more open spaces.

We are hungry now, so we stop for lunch at a small cafe that was not there in those days that we were there, which has a patio facing the street – but across the street is a forested area, and the street is not so busy as to be a deterrent

We sit at one of these little red tables, but the wooden picnic table that shares space on the patio has decorative additions that catch my camera’s eye. 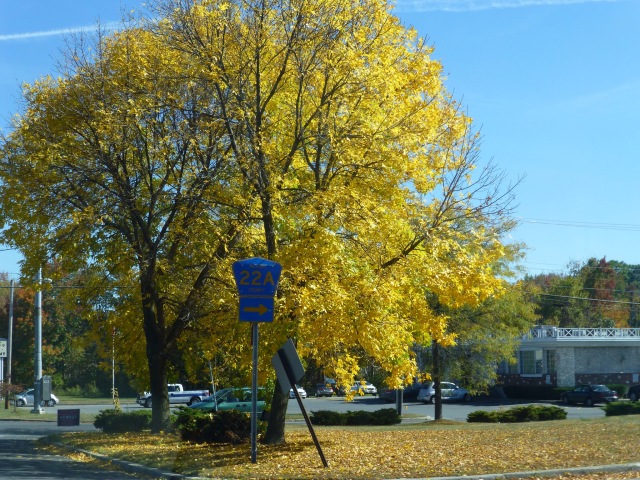 until, late in the day, we arrive back home, satisfied with our day but tired.

In this day, as in many, there was enough.