Curacao and the Dolphins

The day after Aruba, we were in Willemstad, (Curacao), Antilles. On this day we had some clouds which were not unwelcome because when a cloud covered the sun it was a little cooler. Athough had it not been for the humidity the temperatures, which lingered in the low to mid-80s, would not have been bad.

The ship docked and we disembarked, stopping for a quick picture of some of the town before we went on.

A view of Willemstad 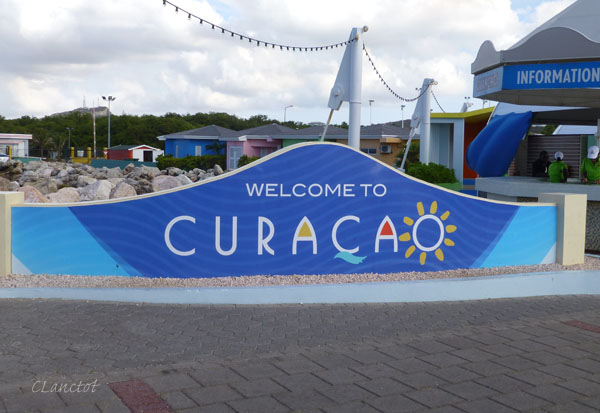 We had some time before we needed to queue up for our trip to visit the dolphins, so we wandered to the closest shopping.

On the way we met some Geckos

and oohed and ahhed over some of the plantings 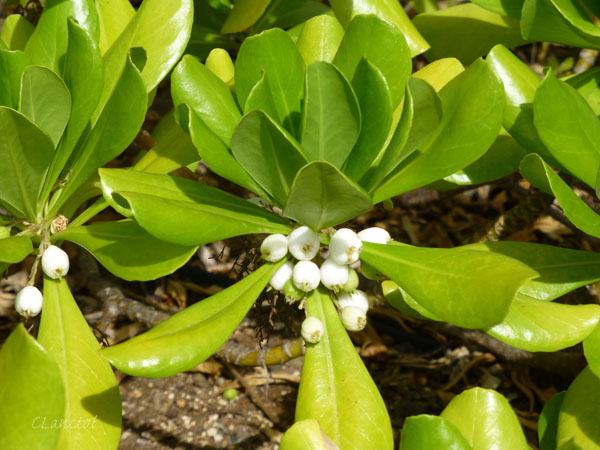 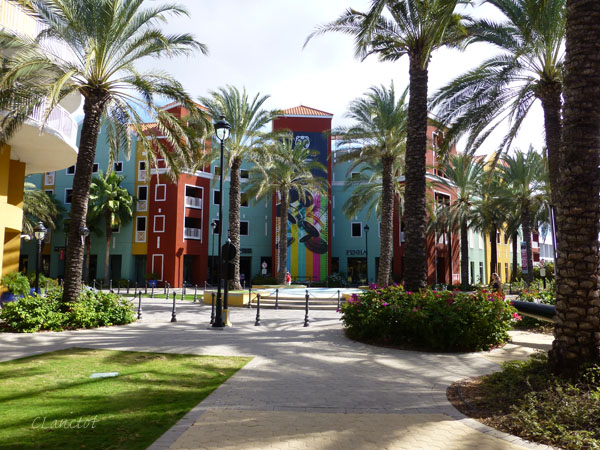 We wandered through the stores, enjoying seeing what they offered but buying very little, and then it was time to head for the dolphin academy. On the way out, this pretty little bloom asked me to take its picture. 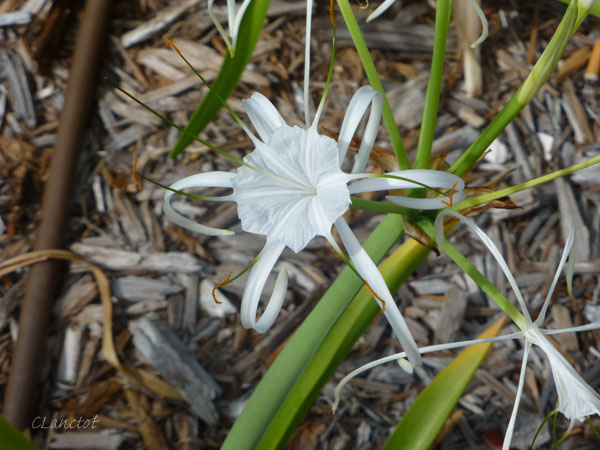 To the academy, where we were divided into groups so we could get on a platform in the water to meet and greet the dolphins. Our group had a mama dolphin and her year and a half old daughter – the young stay with mom until they’re about two years old. We kissed the dolphin 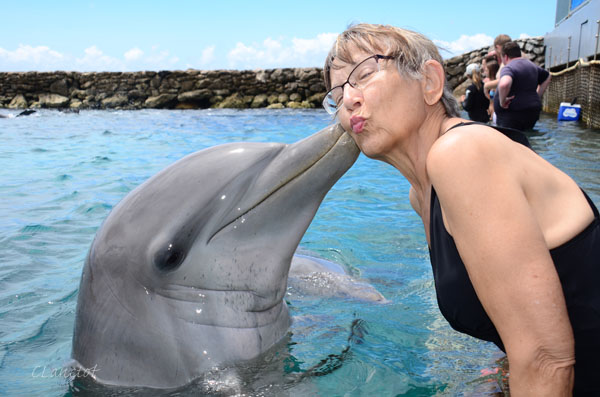 and were kissed back. 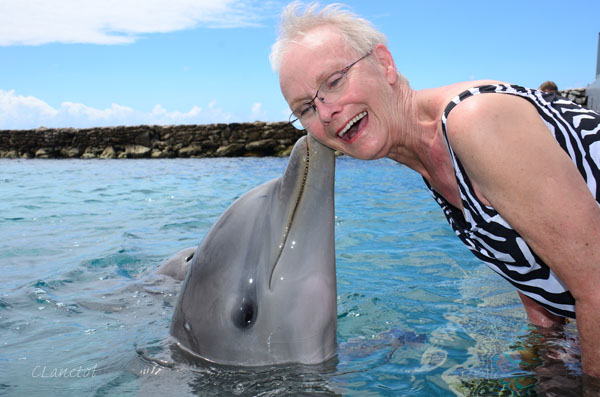 then the trainer of our dolphins got into the water and showed us some of what mom and daughter could do. There would be a show later, but once our time with the dolphins ended, we wandered into the area where there were flamingos

clam waiting for dinner to arrive 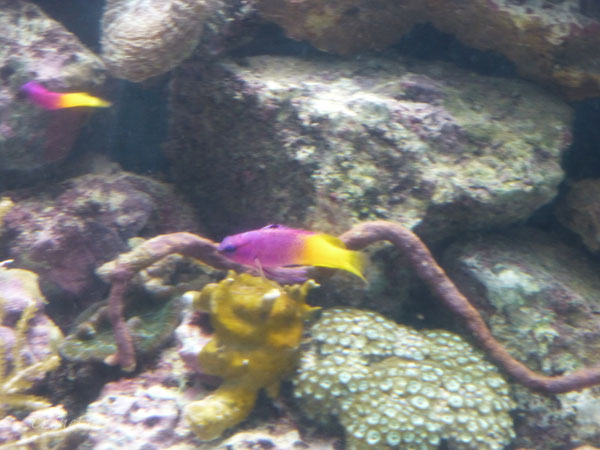 This photo is way out of focus because I was in a hurry, but I had to share it

it’s not often I get to see kissing fish, after all!

The wrasse, one of which was shy and wasn’t sure about coming out

Time now for the dolphin show, where three trainers worked with their dolphins and showed off some skills.

In the shot below, the trainer was tossed up into the air by one of the dolphins – incredible! 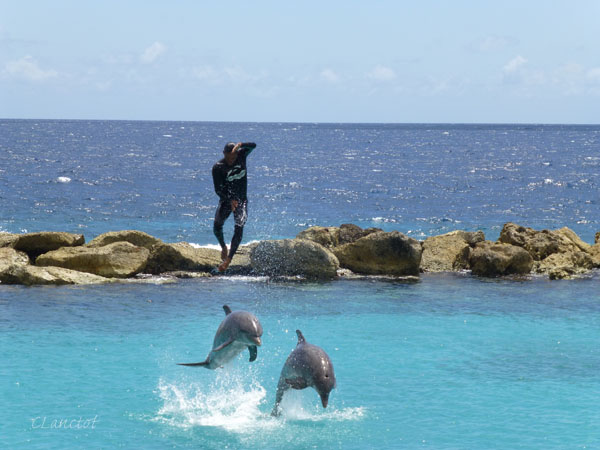 At this dolphin academy, the dolphins are let out to sea occasionally – they return with no problem, because they know when dinner will be served. Dolphins are very social creatures and we learned they respond to praise and applause – it seemed to be a lot like training a dog. 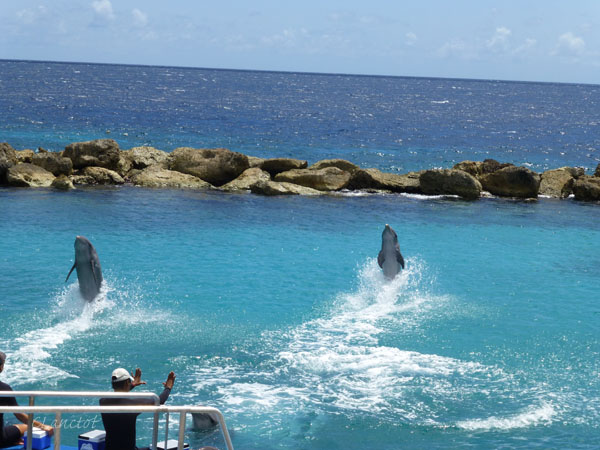 The show was over, we were thrilled we had gone on this excursion but it was time to head back to the ship.

We were grateful that the next day was an at sea day – which meant a day of sleeping in and relaxing.

11 Responses to Curacao and the Dolphins