Do You Believe in Signs?

Nearly three years ago, husband and I took a road trip from our home in south-central Oregon to visit my brother and his wife in southern Minnesota. Husband did 99% of the driving on this trip, and my job was to be chief navigator – which is like putting a fish in charge of raking leaves – and chief photographer. The trip was well-documented and hundreds of photos later, we were back home and we had a fat scrapbook containing all the memories. The trip was also well-navigated, thanks to Mio, our GPS. I had only to confirm her choices because on occasion I wanted to take a somewhat different route than she did. 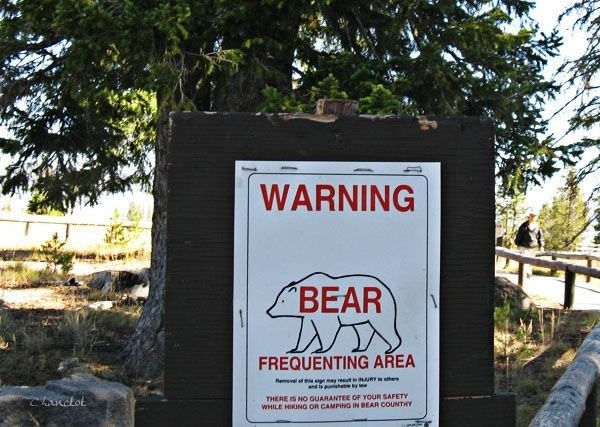 Do you feel warm and cozy after reading this sign? It was along a path we followed, aways away from where we’d parked the van. I cannot recall exactly where we were, although if I would take the time to thumb through the scrapbook I’m sure I could find out.

Today I’m going to share some pictures of some signs we saw, not necessarily signs that provided comfort but some that tickled my fancy or just caught my interest. I took pictures of the sign for each state we entered and a couple for provinces in Canada, and those are in the Dropbox too, but then I realized I had uploaded 19 pictures – just a few too many for one post, methinks. Truly, you probably don’t care about all those state signs, anyway. Truly, you might not care about any of these signs, but I’ll take that chance. 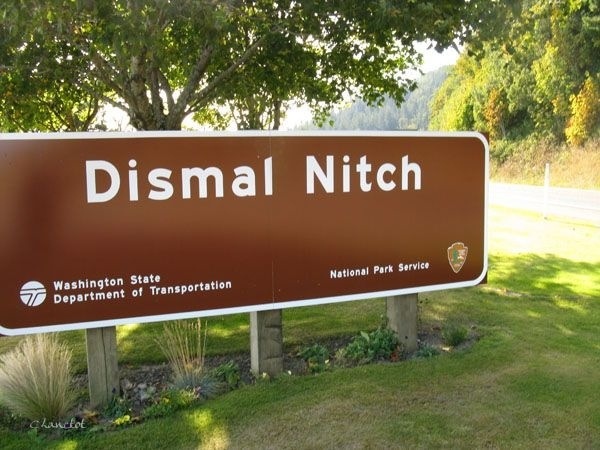 Dismal Nitch? It was sunny when we stopped there. It was sunny and beautiful. This rest stop was right on the Columbia River, the name made me wonder why? So I checked out Wikipedia and I learned that this little cove is where Lewis and Clark’s expedition landed when they were driven off the Columbia River by a fierce winter storm. The weather forced them to stay there for six days, and Clark referred to the area as “this dismal little nitch”. This was their last stop before they got to the Pacific Ocean. 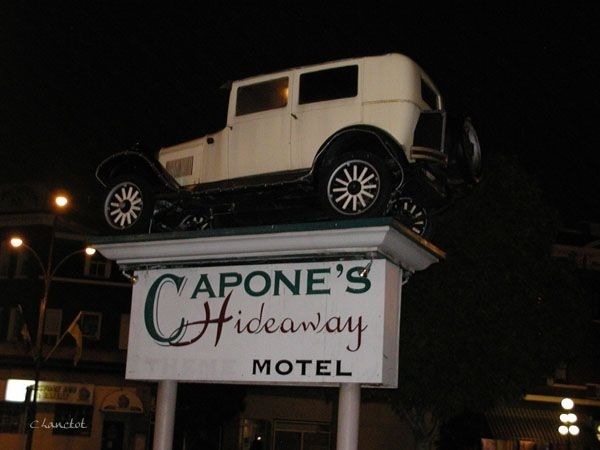 On this trip, we made reservations as we were driving, when we had an idea of where we would be wanting to stop that night. Most often as we drove through the states, we stayed in cabins in campgrounds, sort of roughing it. When there were none of those campgrounds in the area, we stayed in motels – this one was in Moose Jaw, Canada and what I read about it made it appear to be okay. I was quite entranced by the name, if I were to tell the real, whole truth. Let me just say this to those of you that might be traveling that way – do not stay there.

Driving through mountainous terrain, nothing makes me feel better than a warning that, at any moment now, we might be crushed by falling rocks!

Oh boy, somehow we got a lot further south than we’d planned! I think a quick U-turn is advisable! Actually, Hell’s Gate is where we stopped (in British Columbia, I believe) and took a tram from high up on a mountain over Frazier Canyon, over a fiercely charging river, down down down to Hell’s Gate. Beautiful, but for one who really is not crazy about heights, and does not deal with edges at all, it was a bit of a challenge. Fortunately, the tram was enclosed so edges was not so much a problem. Bailey dog was with us on this trip, and she was not crazy about the tram, but she humored us. 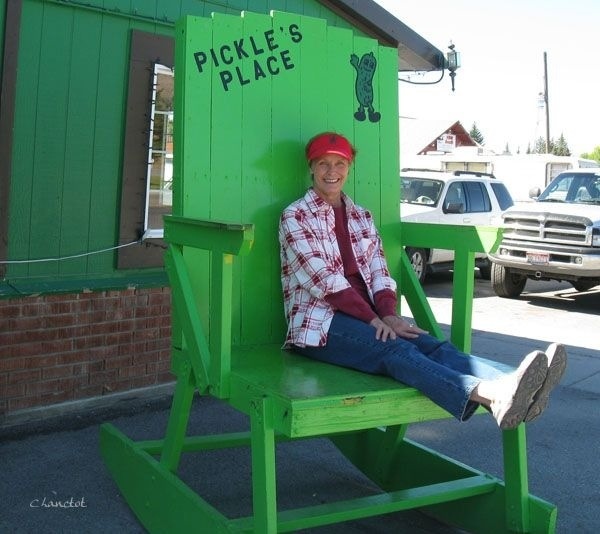 Somewhere in Wyoming, I think, we stopped here for lunch. If you are old enough, you might remember one of Lily Tomlin’s characters in the TV show, Laugh-In. This one made me think of that, and just had to be included in our trip memories and now, shared with all of you.

11 Responses to Do You Believe in Signs?